​From past 2 months, we are going through a lot of leaks of 2017 flagship smartphones like Samsung Galaxy S8, LG G6, Nokia P1 and Asus Zenfone AR. Samsung will try to recover it’s safety image with Galaxy S8, LG will try not to go out from the flagship smartphone market, Asus is trying to innovate and Nokia is making comeback. So this year is very important in Flagships for the brands. But among all these, we forgot HTC. As last two Flagships of HTC were flop. So some people have forgotten HTC while some are still waiting for a great Flagship by HTC. So today we have something for those. We got the screenshot of the ‘About Phone’ section of HTC’s new Flagship that’s HTC 11. So what’s in the screenshot ? Let’s have a look.

Starting from the top it clearly show’s that this phone is HTC 11. It will run on Android 7.12 nougat out of the box with HTC sense UI 9.0 on top. Under the hood it’s powered by Qualcomm’s Snapdragon 835 octa core processor that’s clocked at 2.45Ghz with Adreno 540 GPU. Regarding storage it will have 6GB RAM and 128GB of internal storage. It sports opposite and weird display resolution of 1556 x 2550.

That’s all the information we have as of now. As it’s the first leak if HTC 11 we suggest that take these specs with a pinch of salt. We will go through a bunch of leaks till it’s launch. So stay tuned with us for more information regarding HTC 11 and other smartphones as well.

Also check out our article on Redmi Note 4X Going To Launch in China on 14th February. And many other Mobile news and tips & tricks on our website.

Stay updated with latest happenings of tech world on the go with Technobugg App on Android and Windows. 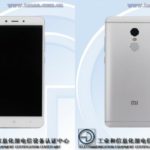