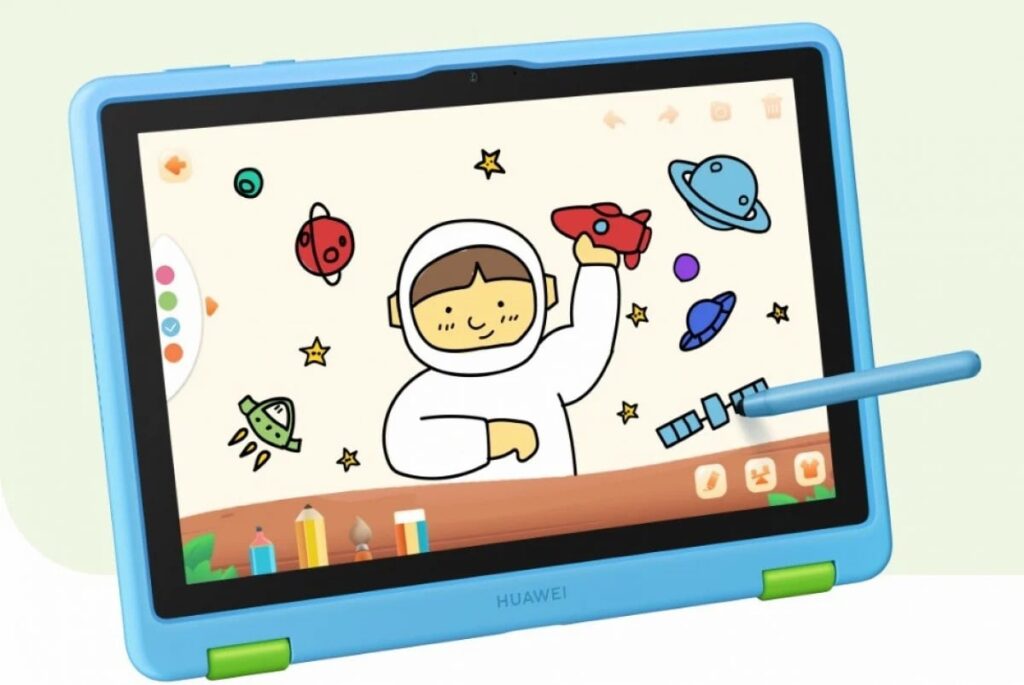 The Chinese telecommunication giant Huawei has launched its new tablet for the little ones called Huawei MatePad T 10 Kids Edition and the same is launched in the market of Indonesia. The device is powered by an in-house processor along with a pretty cool designing language and the tab features a bright colour anti-shock case. So without making any further delay let’s dive into the article to check out the complete details of the newly announced product.

The newly unveiled Huawei MatePad T 10 Kids Edition sports a 9.7-inch IPS LCD display with 1,280 x 800 pixels resolutions along with a pixel density of 156 ppi. It is powered by a Hisilicon Kirin 710A chipset and that is paired with 2GB of RAM along with 16GB and 32GB storage options and it also features a microSD slot for expansion.

Having said that, the outside and the inside of the device is perfectly designed for the little ones. The outer part of the device comes with a brightly-coloured anti-shock case and it is claimed to be made using food-grade silicone.

It also features a useful kickstand and that will also help the little ones to watch videos with maximum comfort and the kickstand also doubles as a handle for the slate. The tablet is also coming with a stylus pen and that means your little one can able to write or draw just like he or she do on paper and the stylus can be attached to the case.

The tablet ships on a massive 5100mAH battery but there is no fast charging solution. The device is also coming with the ability which will stop working while charging and this is a good safety feature.

Regarding the connectivity options, Huawei MatePad T 10 Kids Edition supports a USB-C port, Bluetooth 5.1, Wi-Fi 5, GPS, and LTE. The tablet runs EMUI 10.1 based on Android 10 and you are not going to get the Google Mobile Services onboard. It is also coming with many applications and features that are developed for the little ones. It is also loaded with a Kids Corner that provides different Time, Application, and Content Management features to keep the kids secure from accessing unwanted content.

In terms of pricing and availability, the latest Huawei MatePad T 10 Kids Edition will retail for IDR 2,900,000 and the device is available in the market of Indonesia.