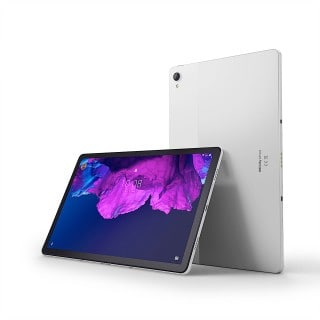 The demand for tablets increased rapidly and the manufacturer’s bringing new devices and now the Chinese electronics giant Lenovo has launched a new tablet in the market of India called the Lenovo Tab P11 which was originally announced six months ago. The tablet features a big 11 inch display with the power of the Snapdragon 662 processor. So without making any further delay let’s dive into the article to check out the complete specifications along with the pricing and availability details in India.

The tablet features 11 inch display with 2000 X 1200 pixels resolution and there is no cut out on the screen of the device. The device is coming with the power of a Qualcomm Snapdragon 662 processor and the device is paired with up to 6 GB of RAM. In terms of storage, the latest Tablet of Lenovo is coming with up to 128 GB of internal storage and that can be expandable via MicroSD card.

Speaking about the camera department, the latest Lenovo Tab P11 is coming with a single 13 megapixel rear camera and the device will also feature an 8 megapixel front facing camera. Tablet is also coming with the quad speakers.

The latest Tablet of Lenovo is also coming with the support for 4G LTE, Wi-Fi and the device also features a USB Type C port. It is coming with a massive 7500 mAh battery along with 20W fast charging capability. It is running on Android 10 operating system.

It supports the Keyboard Pack, Dock, and Precision Pen 2 stylus which can be purchased separately.

The tablet is introduced in India as part of Amazon Prime sale and the device is priced at ₹24,999 only Prime members. It is worth mentioning that Prime members can order the tablet till July 27.