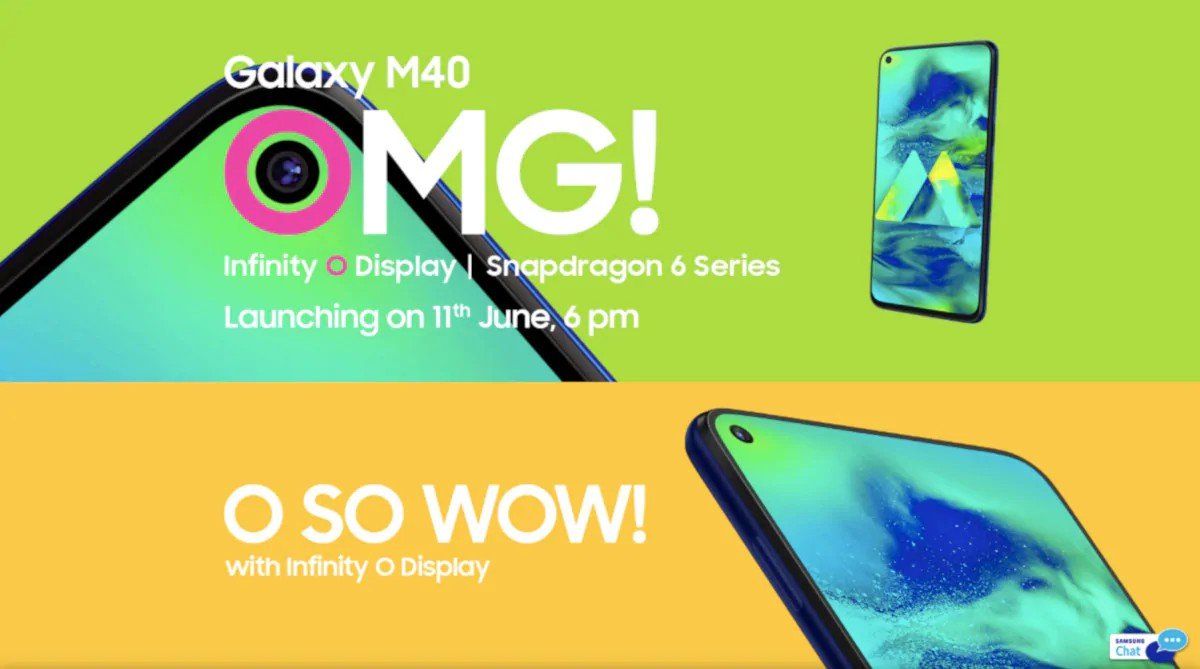 Just a couple of days ago, we updated that the South Korean electronics giant Samsung to launch the Galaxy M40 along with the Galaxy A10s in the market of India. Well, now the company officially confirms that the device will be launched in India on June 11 and the company also teased the device.

Samsung has shared few images of the upcoming Galaxy M40 on its website and Amazon.in, the images confirm that the smartphone will feature Infinity-O display (which is a punch-hole setup). The smartphone will have Snapdragon 600-series SoC at its heart, along with triple rear camera setup.

Furthermore, the teaser images also confirm the presence of the fingerprint scanner as well as a single LED flash on the back of the smartphone. Apart from this, we don’t have any other information about this moment of time. We still have some time for the official announcement of the device and that’s why we can expect a couple of leaks in the coming days and we recommend you to stay tuned with the latest updates at your fingertips.