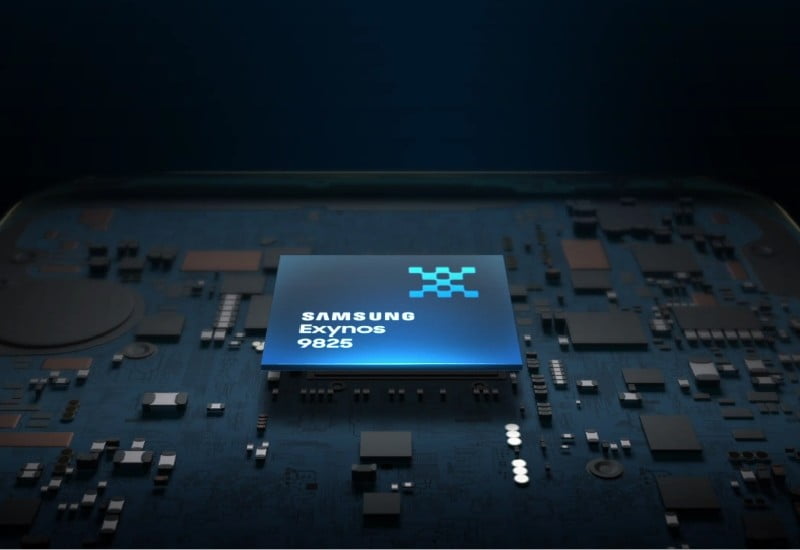 We are few hours away from the unveiling of Samsung Galaxy Note 10 Series. Recently Samsung teased a new processor, which was an upgraded version of flagship Exynos 9820 chipset debuted with Galaxy S10 Series. So just like Qualcomm launched a slightly upgraded Snapdragon 855 Plus, Samsung also launched Exynos 9825 processor.

This is a slightly improved version of Exynos 9820. While 9820 is built on 8nm manufacturing process, this new 9825 chipset is built on 7nm process. This will give slightly better performance more efficiently. So this will help to boost heat management and battery performance a bit. And eventually less heat and more battery will be most beneficial for gaming. So we can say that despite being the same Mali-G75 MP12 GPU on both chipsets, 9825 will perform slightly better in gaming.

Now that’s the only difference between both chipsets, rest of the specs are same. This 9825 also has two powerful M4 cored clocked at 2.75Ghz, two lesser powerful Cortex A75 cores clocked at 2.31Ghz, and four power efficient Cortex A55 cores clocked at 1.95Ghz each. As I mentioned earlier, the GPU is same on both. It also supports LPDDR4X memory. In camera it support up to 22MP sensor at rear, and same at the front. It can support dual camera setup of up to 16MP each. And just like 9820, it supports 8K video recording at 30fps and 4K recording up to 150fps.

And the 5G Exynos Modem 5100 can be paired with it, if the company want to. We will see this Modem paired in Galaxy Note 10+ 5G. And of course the non-5G version will be equipped with Galaxy Note 10 and Note 10+. But to all those Galaxy S10 series users and those who are going to buy S10, there will be only slight change in performance which you can’t even notice. So don’t go for Note 10 series looking at chipset. Exynos 9820 is still one of the most powerful processor out there.