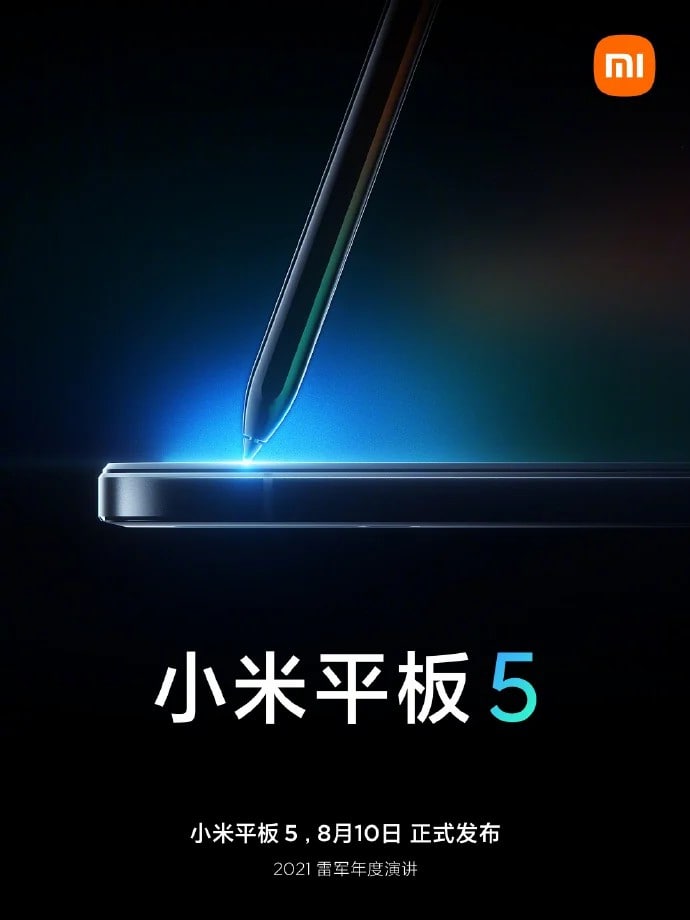 Xiaomi the Chinese electronics giant has confirmed to host an event on August 10 where the company will unveil its first in-display front facing camera smartphone called Mi MIX 4 and the device will also come with in-display fingerprint scanner. The company has also confirmed to launch the second-generation OLED TV along with a high end smart speaker.

Now the Chinese company has confirmed that it will launch a premium tablet during the launch event and the device is called Mi Pad 5. The tablet will also support the stylus and the company will call it as a smart pen.

The upcoming tablet is believed to be powered by the Snapdragon 870 processor along with Android 11 out of the box. It will also feature a massive battery along with 67W fast charging capability.

It is worth mentioning that the upcoming products will be announced in the market of China and there is no information about the availability of the devices in the global market.

We don’t have any information about the specifications of the upcoming Mi Pad 5 but we are just a couple of days away to get all the answers officially. So let’s wait for the official launch of the devices and we recommend you to stay tuned with us for more interesting information from the technological world at your fingertips.