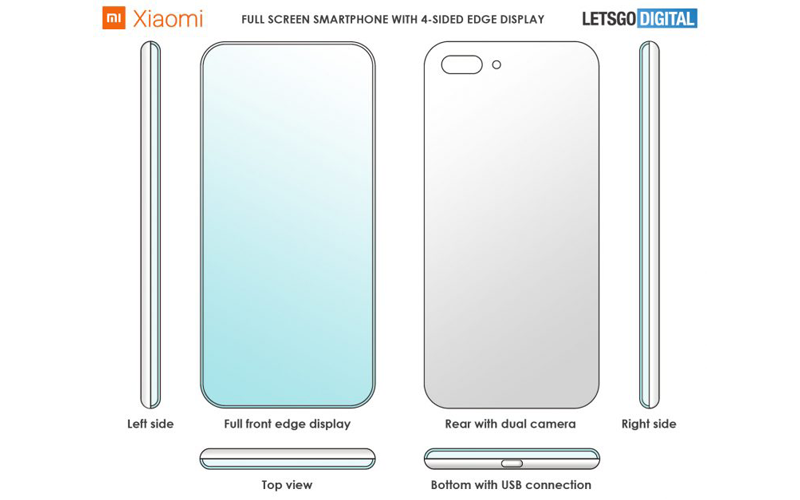 The Chinese electronics giant Xiaomi seems to have a really busy schedule ahead, as the company already teased a foldable Smartphone and we are also hearing about the Mi 9. Well, today we got new information which says that the company may soon launch a new device with bezel-less design and four curved edges.

The company has filed a patent for a device with the World Intellectual Property Office (WIPO), and that suggests Xiaomi is gearing up to unveil a four-sided edge display smartphone. According to the graphic seen in the patent, we can believe that the smartphone will have a truly full-screen model and there’s no camera or earpiece at the front.

Moreover, it also suggests that Xiaomi is going to bring a new trend, as the handset with a four-sided curved display. The smartphone also appears to have a dual rear camera setup along with an LED flash module and a USB port at the bottom.

As of now, we don’t have any other information but we believe to hear more about the same in the coming days and we expect that the company may introduce at least a concept of this device at the upcoming Mobile World Congress (MWC) 2019 event in Barcelona.