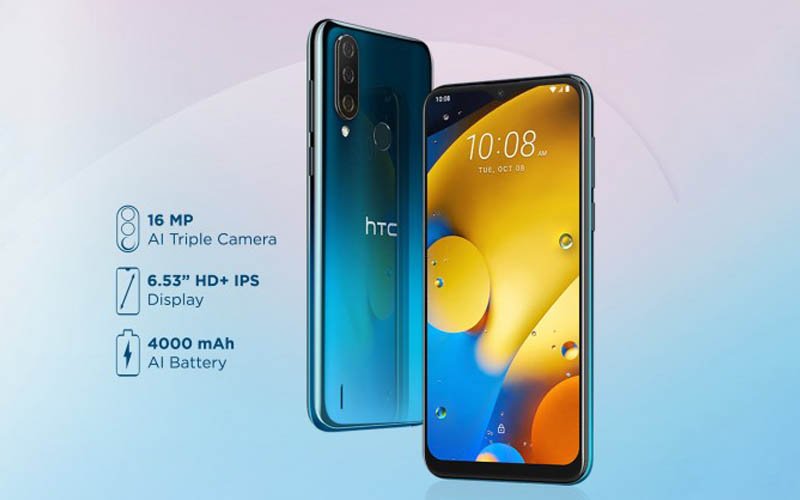 After many months, the Taiwanese smartphone brand HTC has launched a new device and it is called HTC Wildfire R70. The smartphone is an entry-level device and comes with all the basic features and specifications. It also looks good and offers a decent design as well. So, let’s check out the complete specifications along with the pricing and availability details of the new HTC smartphone.

The latest HTC smartphone features a 6.53 inch display 720 pixels resolution and offers a 19:5:9 aspect ratio as well as there is a waterdrop-like notch on top of the display. Under the hood, the smartphone is powered by MediaTek Helio P23 processor and paired with Mali G71 MP2 GPU for the graphical task, the smartphone also has 2GB of RAM. In terms of storage, the device supports 32GB internal storage that can be expandable upto 256 GB via microSD card.

Coming to the photography department, the HTC Wildfire R70 rocks a triple rear camera setup and that’s in the combination of a 16-megapixel primary sensor with f/1.75 aperture followed by a 2-megapixel macro sensor, and a 2-megapixel depth sensor, and the smartphone also features an 8-megapixel front facing camera. It also supports a rear-mounted fingerprint scanner.

Regarding the connectivity options, the smartphone supports 4G, Wi-Fi, Bluetooth, a 3.5 mm headphone jack, FM radio, and micro USB port. The smartphone runs on Android 9 Pie with HTC Sense on top, and packs a 4,000 mAh battery to keep the lights on.

The details on pricing and availability are yet to be announced.

Mediatek Unveiled Helio P95; Everything You Need To Know