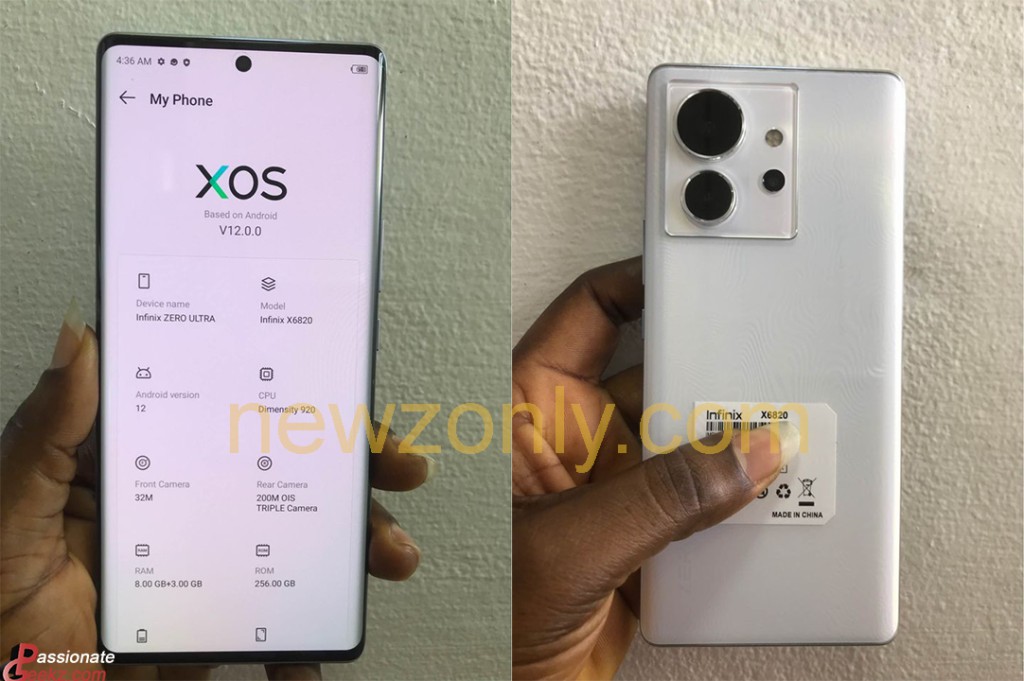 Infinix is gearing up to launch a new smartphone dubbed the Infinix Zero Ultra and the same will be official on October 5 global. Now the live images and the important specifications of the upcoming smartphone surfaced online. The newly surfaced information reveals some interesting information especially in the camera department. Without making any further delay let’s dive into the article to check out the complete details.

Going through the images of the upcoming Infinix Zero Ultra, we can see that the device is featuring a curved display with slim top and bottom bezels. We can also see a punch hole set up at the centre position of the screen. The back panel of the device is featuring two large cutouts and one small cutout and the camera module will accommodate a triple camera setup. It is also revealed that the larger cutout of the camera module is accommodating a 200MP primary camera sensor.

Speaking about the specifications, it is reported that the upcoming Infinix Zero Ultra will be powered by the Dimensity 920 mobile processor along with 8GB of RAM and up to 256 GB of internal storage. It is running on Android 12 with XOS 12 out of the box. The device is also reported to support virtual RAM expansion up to 3GB.

So let’s wait for the official launching of the device and we recommend you to stay tuned with us for more interesting information from the technological world.