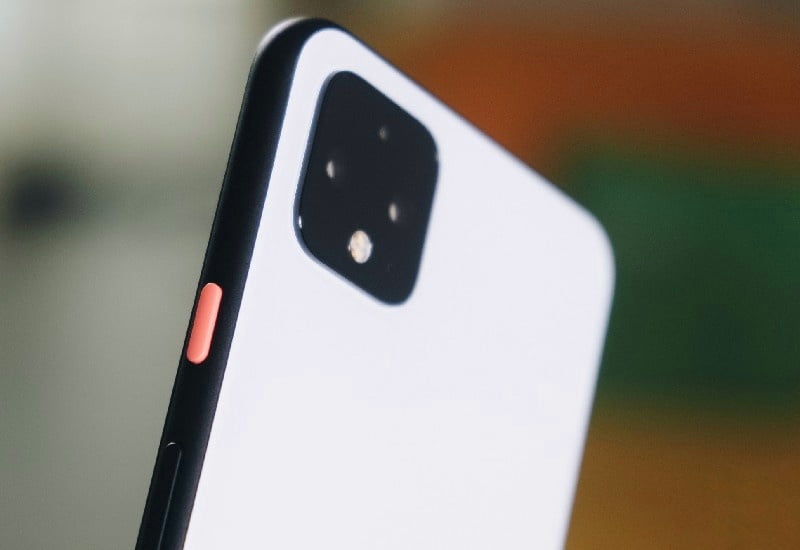 The launch of Google’s upcoming Pixel series is very near, along with Made by Google event. The highlight of this event is as mentioned the Pixel 4 and Pixel 4 XL. Both these smartphones are probably the only awaited smartphone left in 2019. We know that the leaks which we got to date gives us complete information on the Pixel 4 series. But still leaks are not stopping anytime soon, so here we are with today’s new leak.

Both upcoming smartphones are now listed on Best Buy Canada website showing the comparison between both Pixel 4 smartphones along with Pixel 3 XL. Talking about the picture first, there’s nothing difference from what we got from previous leaks. Both smartphones are shown in Just Black and Clearly White colour options. Nothing new in terms of design here. But if we talk about the features mentioned on the page, the first thing to know is Quick Gestures. This is not touch based gestures, but instead it’s air gesture which can be used without event touching the phone.

Also, the promo suggests that the software is optimized so well that it can take studio-level photos anywhere. All you need to do is just point and shoot the photograph. They used the tagline ‘Nothing new to learn and no editing required. This means the photos will be processed refined enough that one should not need to be edited. Lastly, it shows that Pixel 4 users will get unlimited storage on Google Photos for a lifetime.

There are bunch of leaked specs mentioned in the listing of Best Buy. Starting off with the display, the Pixel 4 has a 5.7 inch OLED display with Full HD+ resolution. Whereas the Pixel 4 XL has a 6.3 inch OLED display with Quad HD+ resolution. Both comes with Snapdragon 855 octa core processor along with 6GB of RAM and 64GB of internal storage available for pre-order (128GB is also expected). It’s worth noting that for security the listing only shows face unlock, not in-display fingerprint sensor. This finally adds one element of surprise for the launch event, apart from pricing. 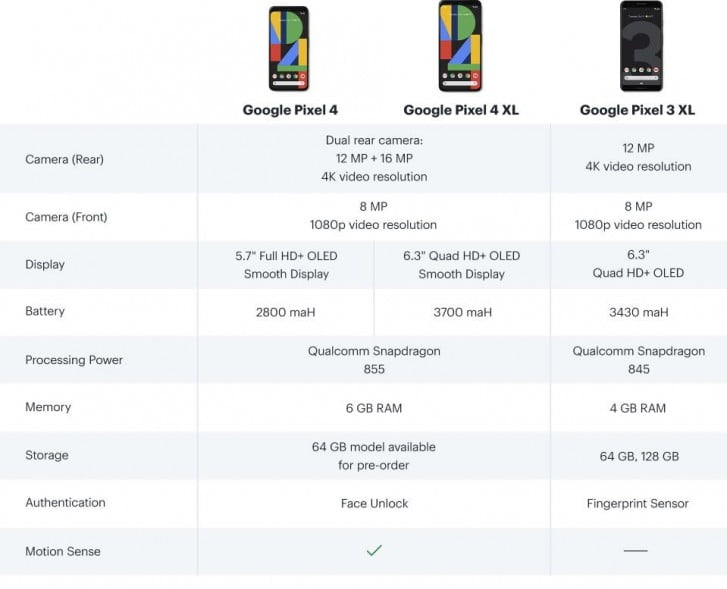 There is a dual camera setup with Primary sensor of 12MP along with a secondary 16MP camera, that’s most probably a wide angle lens. Video recording up to 4k resolution is also there. On the front, there’s an 8MP camera for both Pixels that can record up to 1080p videos. Pixel 4 has a relatively smaller battery of just 2800mAh, whereas Pixel 4 XL has 3700mAh battery which is decent but very good as compared to the competition. Both Pixels were available for pre-order by just paying $30 and $40 respectively, but as it’s an error, the webpage is down now.

So that’s all the information we have as of now. Leaks are not always enough to get, you might get something new to discover from a leak. And this leak leaves suspense of the in-display fingerprint sensor behind. What is your opinion on this? Do you think that the Pixel 4 series will have an in-display fingerprint sensor or not? Let us know in the comment section below. Also stay tuned with us for more information.

Where to get best tipsters