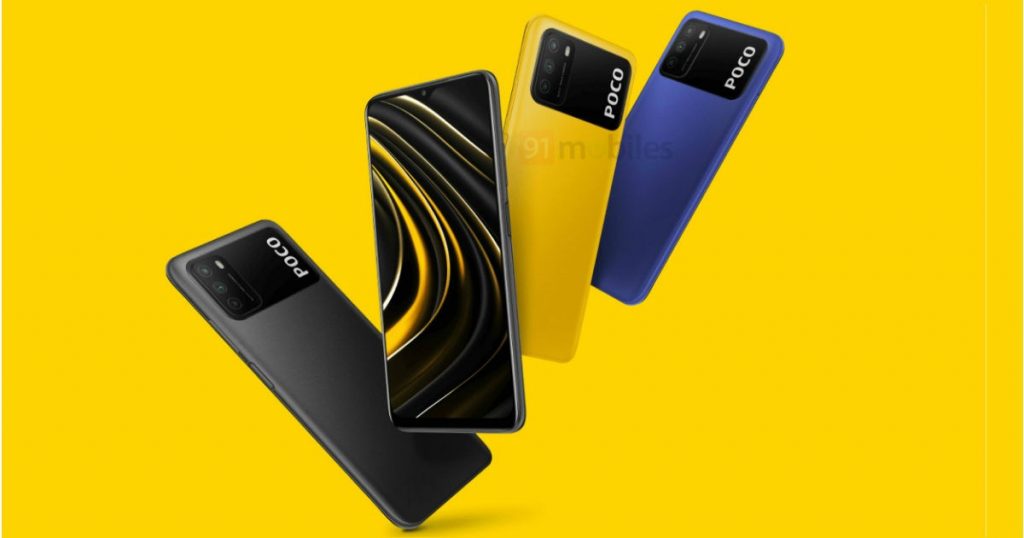 Poco the sub brand of the Chinese electronics giant Xiaomi is gearing up to launch a new smartphone in the market and the device is Poco M3, the launch date of the device is already confirmed and the same will happen next week and now we got an image of the Smartphone and that gives us a look at the designing language and reveals that the company is bringing an unconventional designing setup.

Going through the image of the upcoming Poco M3, we can see that the company will offer the device in at least three colour options, the smartphone is coming with a big camera module at the top left corner of the device and just opposite of the camera module, the company has placed the branding and this time it is not huge but it is in the place where we never see branding of a device.

The camera module features triple rear camera setup and we also believe that the module accommodates dual LED flash. We can also see the front side of the Smartphone and that accommodates a waterdrop like notch to accommodate the front facing camera.

It is also coming with a fingerprint scanner on the right side of the device and the same is also expected to arrive with a big battery capacity.

The smartphone brand already confirmed to launch the device on November 24 and that means we are just a couple of days away to get all the answers. We recommend you to stay tuned with us for more interesting information from the world of Technology at your fingertips.