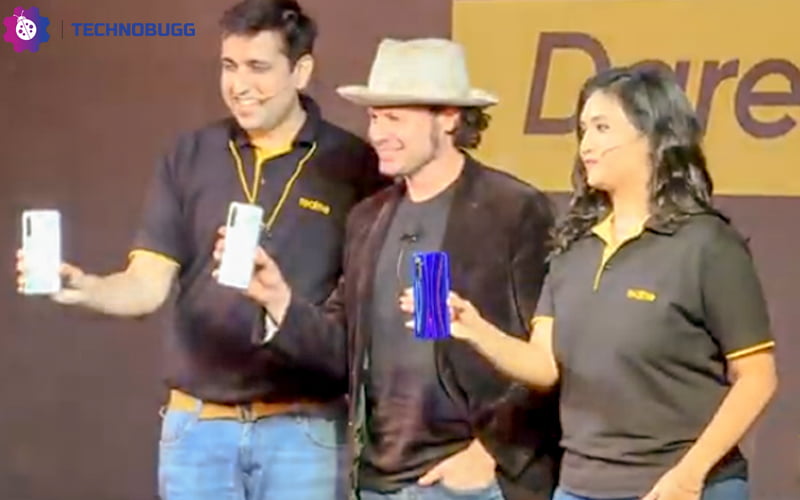 The fastest growing smartphone brand Realme has unveiled its latest smartphone in the market of India, and the device is called Realme XT. It is coming with 64-megapixel quad rear camera setup and becomes the first device to offer such an amazing camera technology under ₹20,000 price bracket and the first 64-megapixel phone in India. The company has launched the device with three configurations, and make sure that it will give superior performance. Realme XT is also coming with the new design and the much-anticipated dark mode feature. So, without making any delay let’s dive into the article to check out the complete specifications, pricing, and availability details of the new Realme smartphone.

The Realme XT is coming with a new designing setup and it is dubbed as a hyperbola light effect, which looks really premium and attractive to the eyes. The company has also unveiled the device with two colour variants – Pearl White and Pearl Blue. The device is also coming with 3D glass back and this is happening for the first time in the history of Realme smartphones, the back glass protected with Gorilla Glass 5 and this makes sure that users can take the device out for the daily routines without any worry of scratches and any other unwanted issues on the body of the device.

It features a 6.4 inch full HD+ Super AMOLED display with 2340 X 1080 pixels resolution along with a waterdrop like notch on the top of the display, the device also offers a 91.9 percent screen ratio and the protection of Gorilla Glass 5. The device is powered by Octa Core Qualcomm Snapdragon 712 AIE processor and the device is paired with 4GB, 6GB, and 8GB of RAM, along with Adreno 616 GPU for the graphical task. In terms of storage, the device comes with 64GB and 128 GB of internal storage, the device also allows to expand the storage via MicroSD card.

Speaking about the software department, the device runs on Android 9 out-of-the-box with customized ColorOS 6 and that now comes with Dark Mode. The company also claims that the dark moon will function in the applications which have not adopted the much-awaited feature which means you will get the real dark model feature in the new Realme XT. It also features the HyperBoost 2.0 for the enhancement in the performance of the smartphone. Furthermore, it also features the Digital Wellbeing and that’s to reduce the usage of the device.

Realme X50 Pro 5G Will Be Unveiled; Here’s How To Stream Live Event And Confirmed Specs