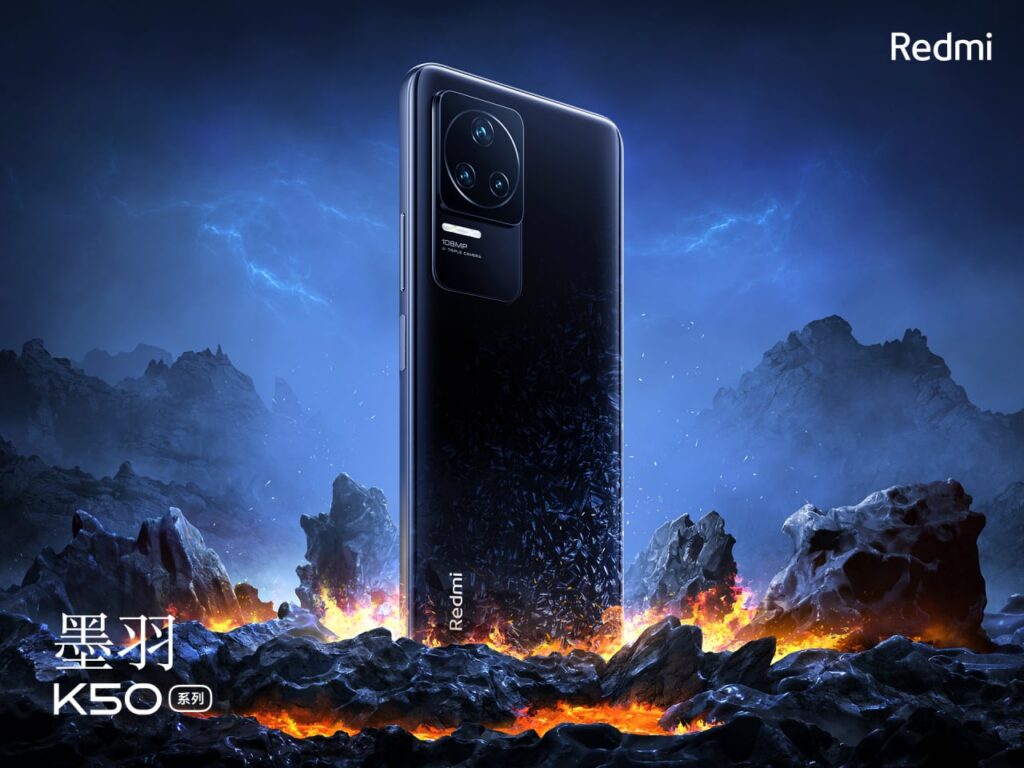 After launching the Gaming Edition last month, now Redmi is gearing up to launch the Redmi K50, K50 Pro, and K50 Pro+ on March 17 in China and now the company has shared a new piece of information that says that the upcoming smartphones series will arrive with the new generation Bluetooth connectivity.

It is officially revealed that the upcoming smartphone series will feature Bluetooth 5.3 and the same will bring low latency along with lower power consumption and it will feature more powerful and interference ability.

The Redmi K50 series and the same features a triple rear camera setup and the same will offer three cameras arranged in a triangular manner, along with a dual-LED flash. It is also revealed that the upcoming Redmi K50 will be equipped with a 108-megapixel primary camera.

Redmi K50 Pro as well as K50 Pro+ were spotted on GeekBench and both devices are running on the latest Android 12 OS and the upcoming K50 Pro will come with up to 12GB of RAM.

It will be powered by Dimensity 8100 mobile processor. On the other hand, the upcoming K50 Pro+ model is powered by the Dimensity 9000 SoC. The upcoming smartphone series is expected to support a 67W fast charging solution as well.

So let’s wait for the official launching of the devices and we recommend you to stay tuned with us for more interesting information from the technological world at your fingertips.

Redmi A1 Plus Unveiled With 5,000mAh Battery