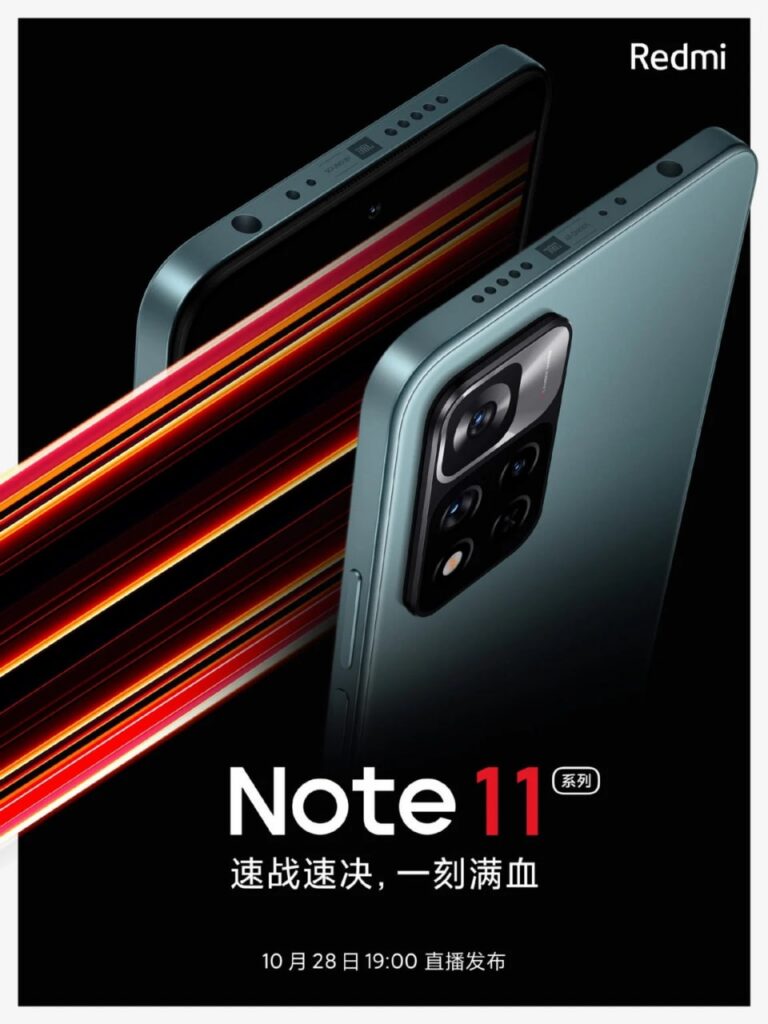 Redmi confirmed that the company will launch its new Redmi Note 11 series in the market of China on October 28 and the company also revealed some important specifications of the upcoming smartphone as well. Now one of the top most executives has added fuel to the fire of the excitement

Lu Weibing the general manager of the Chinese brand has confirmed a vital piece of information about the upcoming smartphone series.

It is revealed that the upcoming smartphone series arrives with the popular and effective formula and the company features major functional upgrades along with the changes in the designing setup as well. Moreover, he also says that Redmi Note 11 is as powerful as the flagship K series.

Having said that, the upcoming Redmi Note 11 series is now listed on JD.com for reservations and that confirms there will be three devices in the upcoming series such as Note 11 5G, Note 11 Pro 5G, and Note 11 Pro+ 5G. The listings also reveal that the shipping of the smartphone series will start on November 1 in the market of China.

It is expected that the upcoming smartphone series will offer a high refresh rate and the devices will have a 50-megapixel primary sensor on the back. It is also believed that the company will offer the devices with Android 11 out of the box and then it will be updated to the new Android 12.

So let’s wait for the official announcement of the upcoming smartphone series and we recommend you to stay tuned with us for more interesting information from the technological world at your fingertips.