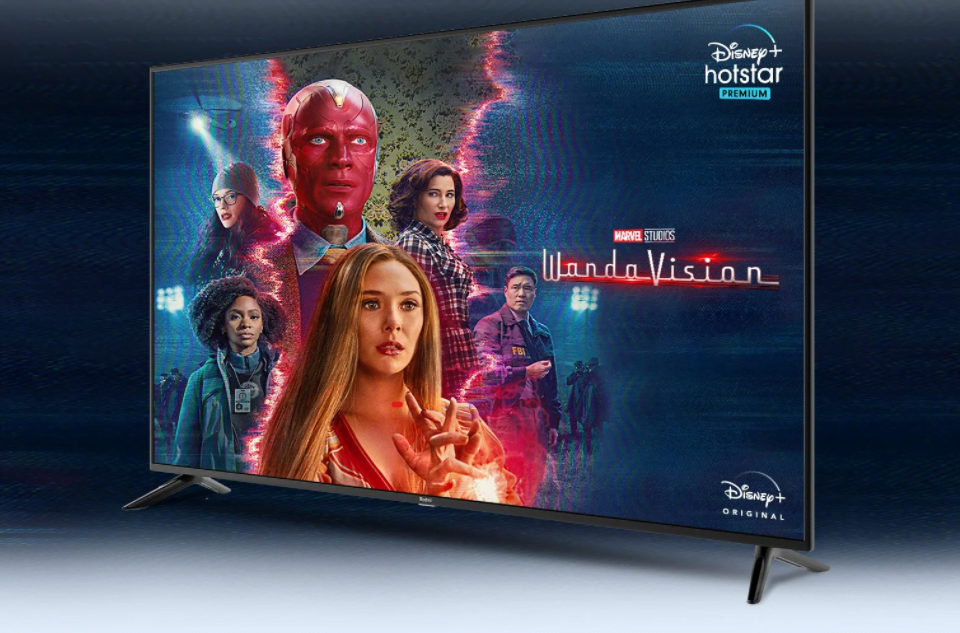 Redmi has officially entered the TV segment in India with three new large size TVs – Redmi Smart TV X65, X55, and X50. Since the company became a separate entity from its parent company, there were rumours of them entering the TV market which became true today. These three TVs only differ in sizes and share other features and specifications. However, these TVs differ from the Redmi TV X series launched in China last year.

The Redmi Smart TVs will be available in 65-inches, 55-inches and 50-inches. All three models sport a LED-backlit LCD 4K panel with a resolution of 3840 x 2160 pixels. It is tuned to cover 85% of NTSC, and 92% DCI-P3 colour spectrum. The picture quality boasts HDR10, HDR10+, HLG, and Dolby Vision rating. Other features include Reality Flow and Redmi’s own  Vivid Picture Engine.

These smart TVs are powered by an unknown 64-bit SoC that packs a quad-core ARM Cortex-A55 CPU paired with ARM Mali G52 MP2 GPU.  In terms of memory, it consists of 2GB RAM and 16GB of internal storage. The software is based on Android 10 with PatchWall UI on top. When it comes to software features it supports up to 25 streaming services, built-in Chromecast and Google Assistant and MI Home app to manage Xiaomi smart devices.

Regarding connectivity features, it supports dual-band WiFi, Bluetooth 5.0, 3 x HDMI 2.1 with support for ALLM (Auto Low Latency Mode) and eARC (only one, Dolby Atmos pass-through), 2 x USB 2.0, AV input, 1 x optical, antenna, 3.5mm headphone jack, and ethernet. There are two 15W speakers that support Dolby Audio, DTS-HD, and DTS Virtual: X (which will be pushed later via OTA). This time the TV packs a remote with a new design and is able to boot in just 5 seconds.