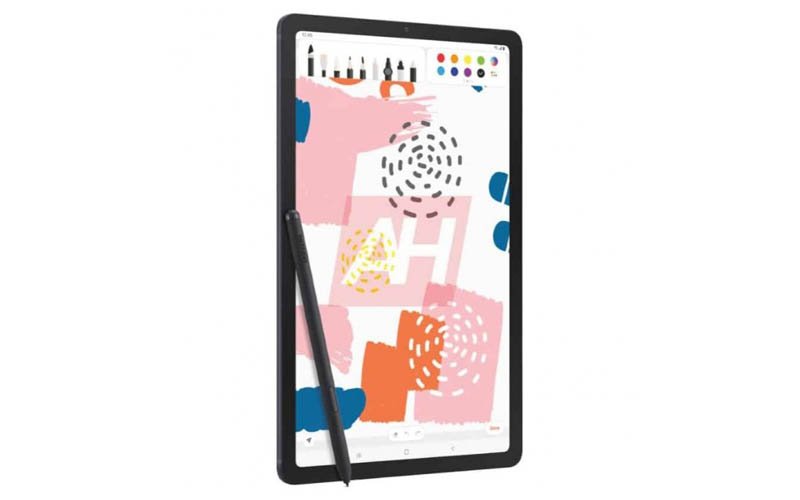 The device looks similar to the Galaxy Tab S6 and it also confirmed that the device will come with the S-Pen which means users can able to write, draw or navigate across the user interface with a stylus.

Apart from that, the render also shows a cellular network icon in the status bar and that means the device will support SIM card and we also expect a Wi-Fi only variant of the device as well. We can’t see any other information or detail on this particular render.

The device has appeared on the popular benchmarking website and that revealed it will run on the latest version of the Android operating system – Android 10. The upcoming Samsung Tab will have 4GB of RAM along with the in-house Exynos 9611 processor.

Separately, the device is also passed through the Bluetooth certification website and confirms that it will support Bluetooth 5.0 along with the other details which the benchmarking website revealed.

It seems that Samsung is very close to announcing the device and we are looking forward to hearing more about the same in the coming days, we recommend you to stay tuned with us for more details at your fingertips.

Read interesting news, reviews as well as tips & tricks on TechnoBugg website, stay updated with the latest happenings of tech world on the go with Technobugg App.

One UI 5.1 Leaked In Full Glory