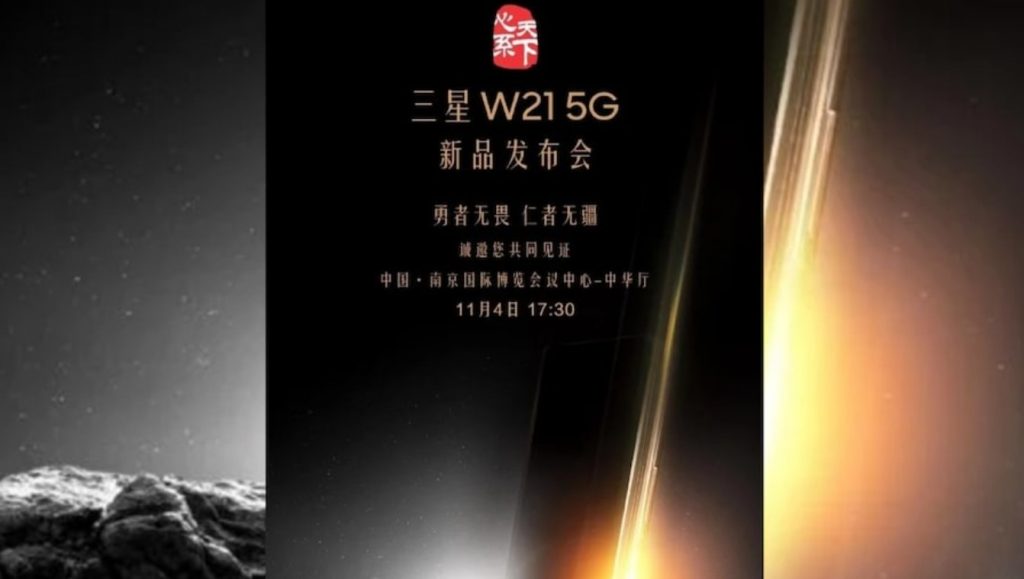 It is now reported that the South Korean electronics giant Samsung is gearing up to launch a new foldable device and that same will be dubbed as Samsung W21 5G. It is reported that the company will launch the device as soon as next week and we also have some information about the specification details of the upcoming foldable device. So without making any further delay let’s dive into the article to check out all the available information of the same.

A poster surfaced online and the same reveals that the upcoming Samsung W21 5G will be official on November 4 in the market of China but there is no official confirmation about the same.

But the foldable device appeared on the Chinese certification website and the same revealed that the company will launch it with the power of Snapdragon 865 Plus processor with the 12 GB of RAM and a massive 512 GB of internal storage.

It is also expected to arrive with a triple camera setup with three 12 megapixel sensors. Let’s wait for the official announcement of the upcoming Samsung foldable Smartphone and we recommend you to stay tuned with us for more interesting information from the world of Technology at your fingertips.