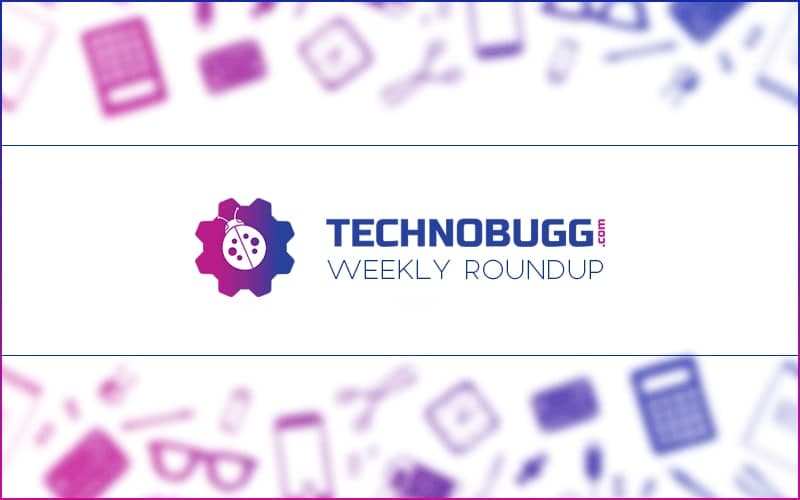 Welcome to the TechnoBugg Weekly Roundup #194, last week Apple made some new launches and we also witness for new layoffs from Microsoft and Google as well. Samsung is also bringing its new application to the market of India. So let’s get into the article to look back to the last week.

The chipsets are powering the new MacBook Pro models and the same are available with 14 inch and 16 inch models. The new MacBook Pro models are also supporting Wi-Fi 6E3 which will offer faster internet with lower latency. The Macbook Pro models are also coming with an advanced HDMI port that supports 8K displays at 60Hz and 4K displays at 240Hz. It is also offering Touch ID and the Apple T2 security chip for an additional layer of security. The shipping will start from January 24 and the 14 inch model is having a starting price of $1,999, and the 16-inch model at $2,499.

Apple has also introduced the new Apple Mac Mini with the power of the Apple M2 chip and it is coming with 8GB of RAM and 256GB of storage. You will also get an HDMI port, Gigabit Ethernet, and a standard headphone jack. It will also offer two USB-A ports and two Thunderbolt 4 (USB-C) ports as well. It is having a price tag of $599 and the shipping will start on January 24.

The company has also made available the new Apple Mac Mini with an M2 Pro option and the same is featuring 16GB of RAM along with 512GB of SSD storage. It is also having an additional two Thunderbolt 4 ports and the device is priced at $1,299.

Apple has introduced its HomePod Second-Gen in the market of India and the same is coming with a custom high-excursion woofer and the same can offer remarkable bass. It is also coming with an array of five tweeters along with built-in sensors and an EQ microphone. It is having the power of an in-house S7 processor and the device is capable to recognise sound reflections.

It is featuring Beamforming and the same is used to direct ambient audio and to deliver spatial audio experiences. The Apple HomePod Second-Gen will also enable you for an in-home intercom system to broadcast messages. If you have multiple HomePods then you can set up it as a stereo pair, or the same can be synchronised. The second-gen Apple HomePod is priced at ₹32,900 and the same will go on sale from February 3.

Last year, we witnessed for layoffs of multiple tech brands and the same continuous in 2023. Microsoft has fired 10,000 staffs and Google has reduced 12,000 jobs.

The device is featuring gaming-centric shoulder trigger buttons along with a Red-colour slider. The Red Magic 8 Pro features a 6.8-inch AMOLED display with an FHD+ resolution and a 120Hz refresh rate. The company is also offering a seventh-generation ultra-thin screen fingerprint scanner with a heart-rate detection feature.

Red Magic 8 Pro is offering a second-generation 16MP under-display camera while the back panel of the device is having a 50MP main sensor along with an 8MP ultra-wide-angle lens and a 2MP macro sensor. The Red Magic 8 Pro is powered by the Snapdragon 8 Gen 2 mobile processor and the device is coming with an ICE 11 cooling system. The chipset of the device is paired with up to 16GB RAM and 512GB storage. It is housing a massive 6,000mAh battery along with 65W charging and it is running on Android 13 out of the box.

In terms of pricing and availability, the Red Magic 8 Pro Matte option is available in 12GB + 256GB storage option with a price tag of $649 while the Void option is offered in 16GB + 512GB variant and it is having a price tag of $799. The device will be available in select countries from February 2nd from the official website of the brand.

The Tecno Phantom X2 Pro sports a 6.8-inch Full-HD+ curved AMOLED display with a 120Hz refresh rate. The phone is powered by the MediaTek Dimensity 9000 mobile processor along with Hyper Engine 5.0. It is also coming 12GB LPDDR5 RAM and 256GB UFS 3.1 storage. It is running on Android 12-based HiOS 12.0 skin out of the box. The Tecno Phantom X2 Pro is housing a 5160mAh battery with 45W fast charging technology.

The Tecno Phantom X2 Pro is having a price tag of ₹49,999 and the device is available from January 24 via Amazon.

Two Mentioned News Of This Week:

So that was the last week for you. Do let us know your favourite news of last week in the comments section below and stay tuned with us for the latest updates from the world of technology.

Android Smartphones Can Be Converted As Webcam With Native Feature Soon