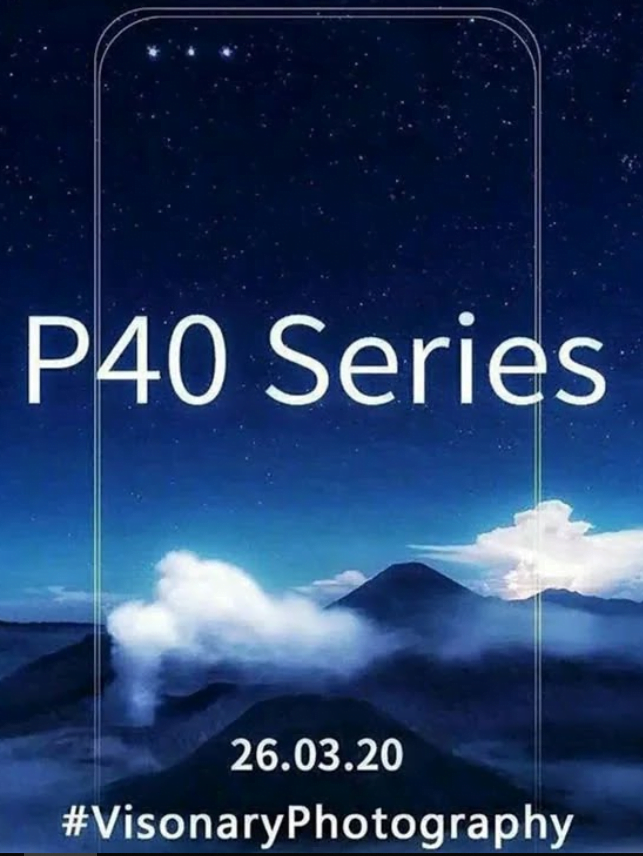 Following the success of P30 Pro, Huawei is getting ready to launch the successor – P40 Pro. The official images leaked shows the device in multiple colours. The P40 series will have colours like Silver, Grey, Orange, Black, Blue and Aurora.

It also reveals the rear design which is similar to the S20 Lineup. The leak suggests a Penta-camera setup in the rear of the P40 Pro Premium, quad-rear cameras on the P40 Pro and a triple rear camera setup on the P40. The highlight of the Pro edition will be the Periscope zoom lens. The P30 Pro was the champ in the telephoto lens department at launch and managed to defeat today’s flagships in terms of image clarity.

The P40 Pro Premium Edition will have a ceramic back instead of glass which is usually found on other smartphones. But this version might come in black and white colour combinations.

Other leaks point to a triple camera setup in the front for better face recognition and selfies. In addition, these phones will have the most powerful Kirin Chipset yet- Kirin 990 with 5G, a 120 Hz Quad HD screen, and new custom made RYYB sensor with 50MP Resolution from Leica.

The P40 Lineup will be launched on 26th March in an online event as a precautionary measure from the Corona pandemic.