Newly surfaced specifications of Motorola Capri and Capri Plus

The upcoming Motorola Capri will feature HD+ display with waterdrop like notch and the smartphone will come with the power of Qualcomm Snapdragon 460 processor and paired with 4GB of RAM and 64GB of internal storage.

It is also reported that the upcoming Motorola device will feature a Quad rear camera setup and that will be in the combination of a 48-megapixels 5kgm1st Samsung lens, an 8-megapixel ultrawide s5k4h7 Samsung sensor, a 2-megapixel OmniVision ov02b1b depth sensor, and a 2-megapixel GalaxyCore gc02m1 macro lens. The coming device will also come with an 8-megapixel Samsung s5k4h7 lens at the front-facing camera.

On the other hand, the Plus variant will feature a 90Hz display with HD+ resolution. There is no information about the processor of the smartphone but it is expected to arrive in 4 GB RAM + 64 GB storage and 6 GB RAM + 128 GB storage options.

There is no information on the battery of the device and both the devices expected to arrive with some common features like NFC, and dual SIM support. The smartphones will also run on Android 11 out of the box.

It is believed that Motorola will announce the new smartphones in the first quarter of next year and that’s why we have plenty of time to get more information of the devices. We recommend you to stay tuned with us for more interesting information from the world of Technology at your fingertips. 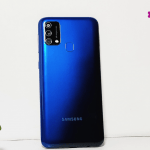