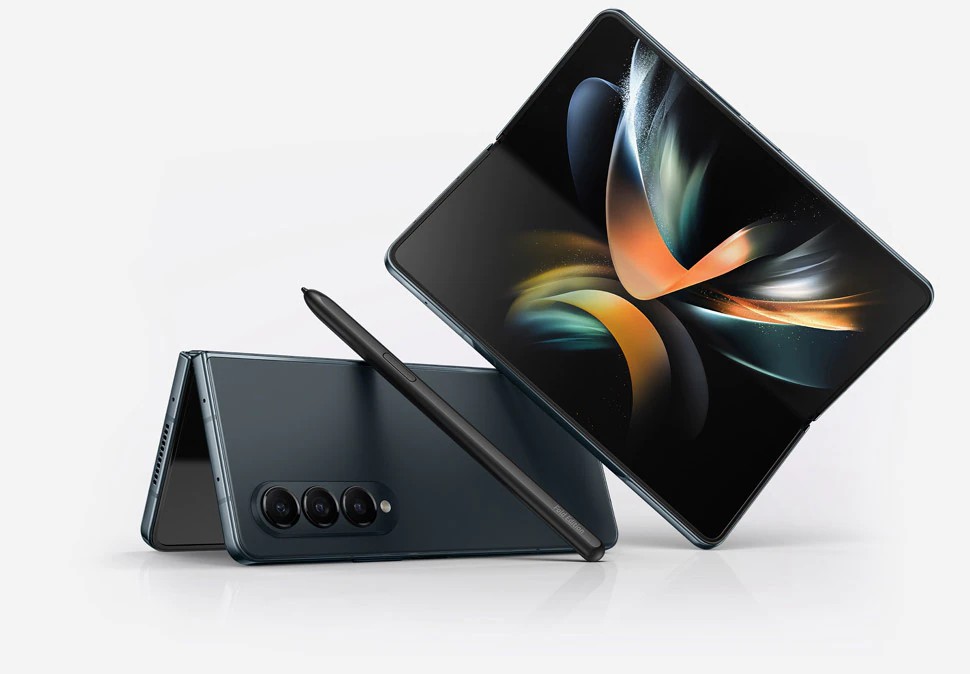 The latest Samsung Galaxy Z Fold 4 features a 7.6-inch Dynamic AMOLED 2X Infinity Flex Display as its primary display and the same is also featuring QXGA+ resolution along with 21.6:18 aspect ratio. The display is also having an LTPO technology along with up to 120Hz refresh rate. The cover display of the device features a 6.2-inch HD+ Dynamic AMOLED 2X Display with up to 120Hz adaptive refresh rate and 23.1:9 aspect ratio.

Speaking about the camera department, the Samsung Galaxy Z Fold 4 features a total of five cameras and the back panel of the device is having a triple camera setup with a 50-megapixel main sensor paired with f/1.8 aperture lens and the same also supports dual-pixel autofocus, optical image stabilisation (OIS), and has a field-of-view of 85 degrees. The camera department is also having a 12-megapixel secondary sensor paired with an f/2.2 aperture ultra-wide lens that has a field-of-view of 123 degrees and 10-megapixel sensor with an f/2.4 telephoto lens. It offers OIS, Phase Detection Autofocus (PDAF), and 30X Space Zoom (assisted by AI Super Resolution technology).

Regarding the connectivity options, the device supports 5G, 4G LTE, Wi-Fi 6E, Bluetooth v5.2, and a USB Type-C port. It is also featuring a 4,400mAh dual battery along with 25W charging and the sev also supports PowerShare wireless charging support. It One UI 4.1.1 based on Android 12L which is a special version of the Android Operating System.

The device is also having a new Taskbar for multitasking in the latest version of the operating system and the same supports quick copy and paste of links, photos and more from one app to another. It is also featuring Flex mode, Samsung Knox security, S Pen support, and IP68 rating for dust and water resistance.

The pricing of the device starts at $1,799.99 and it will be available in the selected markets later this month.