The Global VP and the Managing Director of Xiaomi India, Manu Kumar Jain has confirmed the arrival of the upcoming Redmi Note 10 series and he has also confirmed some vital information about the upcoming smartphone series as well.

The smartphone series also confirmed availability information and the same will available via Amazon India. There is no information on the actual launch date of the smartphones but we are not far away from the official announcement. Click here to read the full story.

The Mountain View company Google is working on the next-generation Android operating system and that is Android 12 and we are started hearing about the upcoming version of the operating system for the past couple of weeks and there are many new features are incoming.

Well, today the design set up of the upcoming mobile operating system by Google surfaced online and it reveals the new user interface along with the upcoming features. So without making any further delay let’s dive into the article to check out all the available information about the upcoming version of the Android operating system.

Going through the newly surfaced images of the upcoming Android 12, it offers a feeling of iOS at some point. There are some of the new privacy features visible on the screenshot as the icons that appear at the top right corner of the screen to let you know that an app is using your camera or microphone and when you tap on that particular icon, it will provide information about which app is using what. Click here to discover more about the upcoming Android version.

3. 50% Of Realme Smartphones Will Support 5G

In a recent interview, the CEO of India and Europe Mahadev Sheth confirmed that all the upcoming smartphones which the company will introduce in the country which cost more than ₹20,000 will support the next generation 5G connectivity.

But the country is yet to adopt the next generation 5G connectivity even though Jio and Airtel have the 5G ready network. But the government is yet to offer the green signal for the high-speed internet in India. Click here to read the full story. 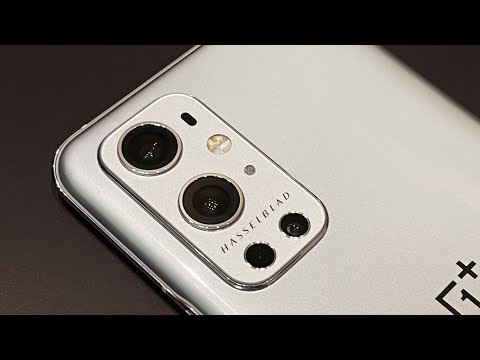 OnePlus 9 series expected to be official in the first quarter of this year and we are hearing about the smartphone series for the past couple of months. Well, today the Pro variant of the upcoming smartphone series surfaced online and reveals a piece of important information about the camera department. So without any further delay let’s dive into the article to check out all the available information about the upcoming OnePlus 9 Pro.

According to the latest information, the upcoming OnePlus 9 Pro creates a new chapter with a Swedish camera maker as it reveals that the company had a partnership with Hasselblad.

The device will feature a curved display with a punch hole setup along with a curved glass back. The smartphone features a quad-camera setup and the same include two large sensors atop each other and two small ones positioned side by side along with the LED flash, laser focus system, and a small hole with a grille and it is believed to be a microphone inside it. Having said that, the new information once again reveals that there is no Periscope lens on the board. Click here to read more about the leaks on OnePlus 9 Pro.

It will also feature a ‘120X Ultra Pixel AI Camera’, a triple LED flash unit, and there’s a secondary screen that is capable to display any app present on the phone.

Speaking about the specifications, the upcoming Mi 11 Ultra is believed to feature a 6.8-inch OLED display with curved edges along with a WQHD+ resolution and a 120Hz adaptive refresh rate. It will have a punch-hole positioned at the top-left corner of the screen and the same will be protected with Corning Gorilla Glass Victus, it will offer IP68 rated dust and water resistance.

The device will be powered by the Snapdragon 888 mobile platform with enhanced versions of LPDDR5 RAM and UFS 3.1 storage. It packs a 5,000mAh battery that supports 67W fast wired charging, with a 67W fast wireless charging, and 10W reverse charging. Click here to read more about the upcoming Mi 11 Ultra.

So these are the top 5 trending news of this week. What are your thoughts on this list? Let us know in the comments section below. This Weekly Roundup will be available every Sunday, so stay tuned for that and much more information.

Read interesting news, reviews as well as tips & tricks on the TechnoBugg website, and stay updated with the latest happenings of the tech world on the go with Technobugg App.