Just a couple of days ago, we updated that the popular Bollywood actress Juhi Chawla filed a petition against the implementation of 5G connectivity in India and the honourable Court heard the case and rejected the same.

Juhi Chawla filed a lawsuit against the implementation of the 5G connectivity in India and she said that the same will affect the environment along with the humans, birds, plants due to the radiation which will come out from the towers of the 5G.

The high court heard the case via virtual medium and dismissed it and fined ₹20 lakh on the actress and said that the case was meant for the publicity.

It is worth mentioning that the actress shared the link of the session of the court on the social media handles and the followers sung songs from the movies of the actress thereby the procedure of the court restricted.

Madhav Sheth the backbone of the company in India and Europe has confirmed that the brand will announce a smartphone based on performance and camera centric in the global market and the upcoming smartphones will be introduced in the month of June and July respectively.

Microsoft the world’s biggest tech company and its powers the majority of the computers across the globe with its Windows operating system. The company introduced Windows 10 six years ago since then we witnessed many new features with regular updates. Now the company is gearing up to bring a new version of the Windows 10 operating system and that is believed to be the biggest update ever.

The company has announced the date of the Windows 10 will get a new version and the same will be announced on June 24. Apart from the date, the company did not reveal any other information about the upcoming version of the operating system.

But it is expected that the company will make visual changes on the user interface and other important applications like File Explorer and more.

Realme X7 Max 5G is finally official in the market of India and the device is actually a rebranded version of the Realme GT Neo which was launched in the market of China a couple of months ago. The latest smartphone is coming with the power of the MediaTek processor and you will also get a very high refresh rate. It is also coming with a triple rear camera setup along with the latest version of the Android operating system on the board. So without making any further delay let’s dive into the article to check out the complete specifications along with the Indian pricing and availability information.

The smartphone features 6.43-inch Samsung Super AMOLED display with 2400 x 1080 pixels resolution and the device also features a 120Hz refresh rate along with a 360Hz touch sampling rate, and it sports a punch-hole setup at the top left corner of the screen.

It is powered by the MediaTek Dimensity 1200 SoC and it becomes the first smartphone in India to arrive with this particular mobile chipset. The smartphone is coupled with up to 12GB RAM and 256GB UFS 3.1 storage. Realme has also introduced a smartphone with a 3D tempered VC liquid cooling set up.

Click here to discover the pricing and availability of Realme X7 Max 5G.

In the smartphone industry, the racing for the fast charging ability is common and now the Chinese electronics giant Xiaomi has gained an upper hand with the new HyperCharge technology and the same can provide 200W wired and a 120W wireless charging capability. So without making any further delay let’s dive into the article to check out the complete details of the newly unveiled charging solution.

The newly unveiled 200W wired charging solution by Xiaomi is capable to charge a 4,000mAh battery powered smartphone to 50 percent in just 3 minutes and the same takes 8 minutes to gain 100 percent battery. 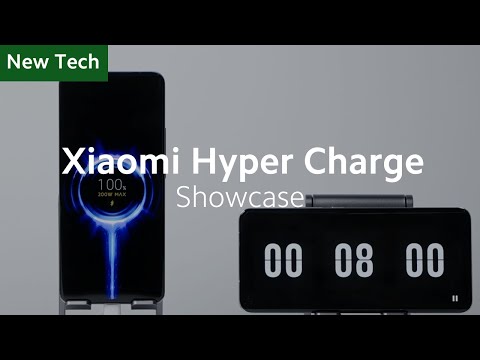 On the other hand, the all-new 120W wireless charging can charge a 4,000mAh battery to 10 precent in just 1 minute, 50 percent in 7 minutes, and 100 precent in only 15 minutes. The latest HyperCharge solutions implemented on the custom build version of the Xiaomi Mi 11 Pro.

These Cities Will Get 5G Connectivity First