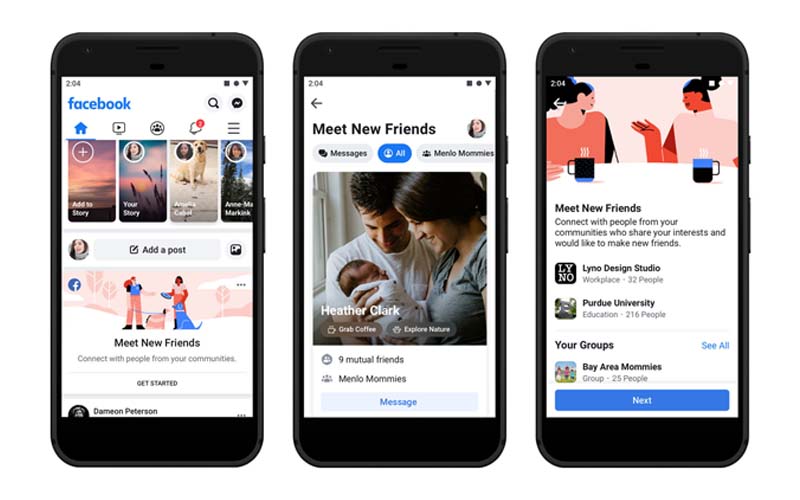 At the ongoing F8 Conference – which is the annual developer’s conference of the social networking giant Facebook. The company has introduced a new feature called ‘Meet New Friends,’ and the company says that the new feature will help users to create a new friendship with the people of their communities like the people from the same city, where do you live, or the school/college and also your workplace.

Moreover, the company has also redesigned the main Facebook application and it brings the group tab front and centre. It is also redesigned, now the group tab will show you a personalized feed of all the activity happening across the communities and a new Discovery tool will suggest new groups which you may like to join including in – Marketplace, gaming, watch, and other parts of the Facebook application.

That’s not all, the company also implemented more personalized features. Now in a new Health Support Groups feature like members can ask admins to post questions for them on sensitive topics. Job groups will have new tools like new templates for employers to post openings, and gaming groups a chat feature that will allow members to easily create threads.

The company also started testing a new option which will allow buyers to ask questions to the seller and place orders in real time during the live video. And the Events tab will now make it easier for the users to discover new things around them as well as discover local businesses.

Check out all the announcements of the F8 conference on our dedicated page.

Soon You Can Able To Chat Across Messenger, Instagram, And WhatsApp

Google Maps Gets Plus Codes Feature

How to Secure your VPS (Checklist)