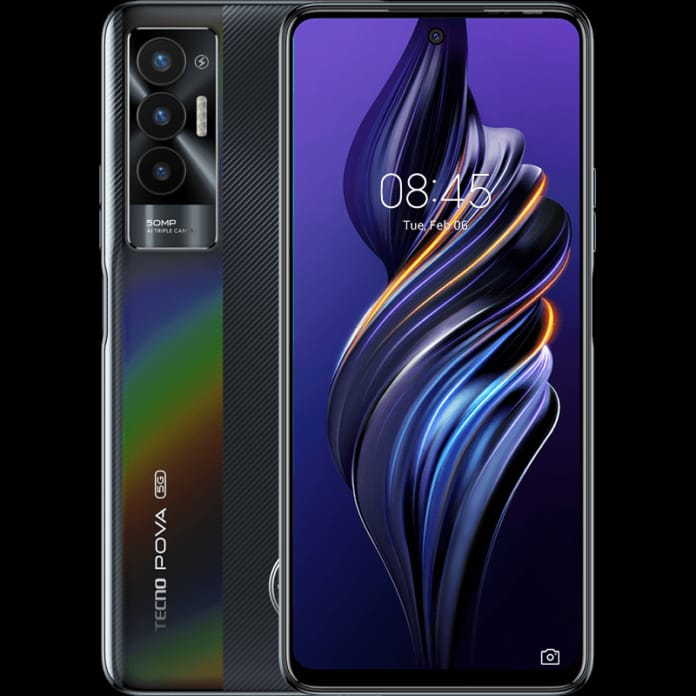 The Tecno POVA 5G will be powered by the Dimensity 900 chipset and it is also revealed that the device will support 11 5G bands in the country. The device will also feature dual 5G SIM slots and Wi-Fi 6. It will also offer an enhanced gaming experience via its Panther Gamer Engine 2.0 and the same will reduce heat, power consumption, and frame loss rate. Moreover, this feature will also improve image quality. Apart from this, we already know the complete specifications of the smartphone as it was originally announced a couple of weeks ago.

It is worth mentioning that recently Arijeet Talapatra, CEO of Transsion India, has officially confirmed earlier that the pricing of the device will be between ₹18,000 and ₹20,000 in India.

The device packs 8GB of LPDDR5 RAM and 128GB of UFS 3.1 storage. It has 3 GB of virtual RAM and a side-mounted fingerprint scanner. The device runs on HiOS and it is based on Android 11. It features the Aether Black edition of the POVA 5G.

Regarding the camera, the smartphone supports a rear camera system with a 50-megapixel primary camera as well as a 2-megapixel camera and AI lens. There is a 12-megapixel front-facing. The Tecno 4K time-lapse and panorama.

Tecno POVA 5G houses a 6,000mAh battery, with 18W fast charging. It needs only a 15-minute charge for 3 hours of gameplay time. The device provides 775 hours of standby time and 55 hours of talk time.