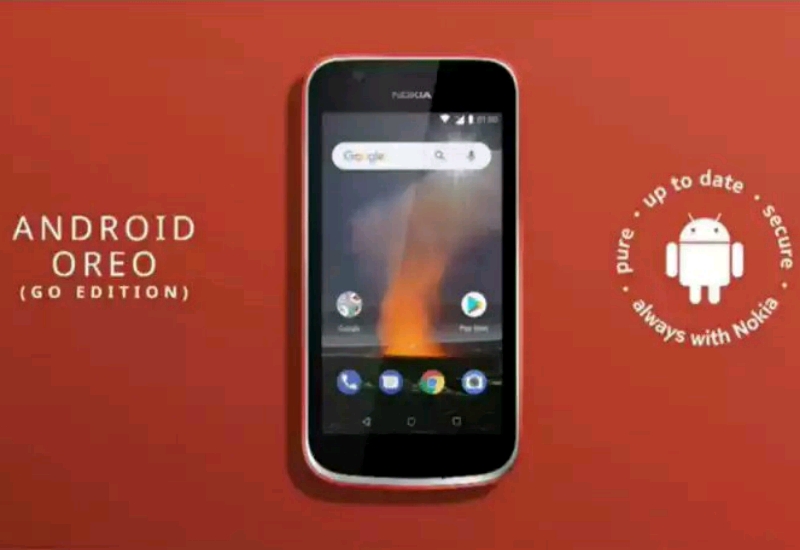 Nokia is launching a lot of new products in MWC 2018 event. If you recall, back in may last year, Google announced their new mobile platform i.e. Android Go. This new platform is basically a lite version of regular Android. The main purpose of this new OS is running Android smoothly on entry-level smartphones with very low specs. But as of now, we haven’t seen any Android Go powered smartphone on the market yet. But now today at MWC event, Nokia launched first ever Android Go device i.e. Nokia 1. So let’s have a look at this device.

This Nokia 1 comes with MediaTek MT6737M quad core processor, very basic and old. It sports a 4.5 inch IPS LCD display with the resolution of 480×854. It has 1GB (maximum for Android Go devices) of RAM and 8GB of internal storage with MicroSd Card support. The rear camera on this device is 5MP shooter with LED flash and 2MP front camera. This phone has 2150mAh of battery capacity which is good for this low-end device. Regarding the connectivity, it does not support 4G LTE service but has 3G support.

Talking about the USP of this device i.e. Android Go version of OS. It runs on latest Android Go 8.0 Oreo which gives the device a smoother experience running this much low end specs. Google has already released several apps that are compatible for Android Go. For example YouTube, Google has released YouTube Go in which we can’t play videos higher than 480p to save data. There are several other Google Go apps, even Google Assistant is present. So no worries in terms of basic Google experience.

This Nokia 1 is priced at USD 85 (EUR 75, INR 5,500), which seems like a good price as it’s the first Android Go device. As of now, we don’t have any information regarding the availability of this device. Personally speaking, this is a good phone for those who are going to use a smartphone for the first time, or if someone wants a secondary phone. Well, what are your thoughts on this Nokia 1 Android Go device? Do let us know in the comments below. Also stay tuned with us for more information.

Nokia 7 Plus Unveiled At MWC Event